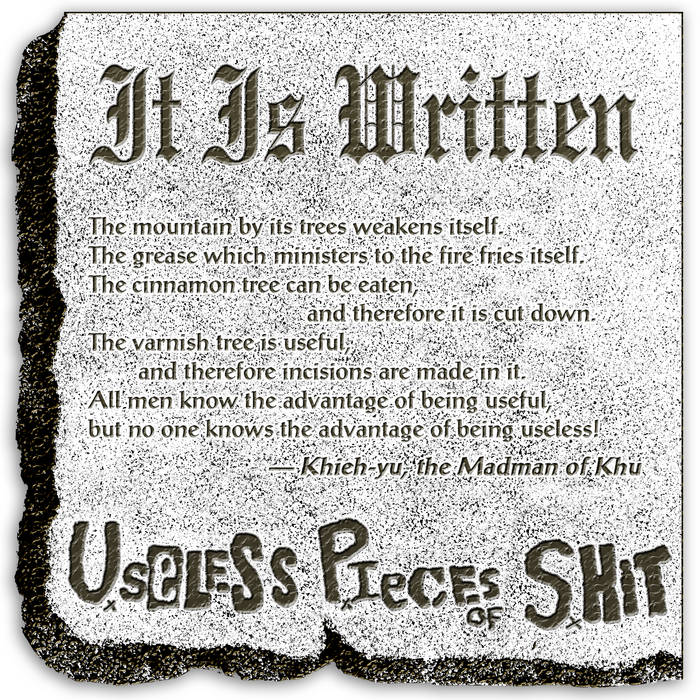 This was to be the second of three planned releases of 7 inch vinyl by Useless Pieces of Shit, however the band broke up before this project could be completed. ‘It Is Written’ was recorded at the same time as the previous 7 inch record, ‘Fuck Shit Up’. Until recently this recording was trapped on a quarter inch reel to reel tape in a file cabinet. We had it but could not listen to it. Freed at last in summer of 2008 it was the inspiration for the creation of the 25th Anniversary U.P.S. Box and the start of Disillusion Music Label. We are proud to finally have it for all to listen to.