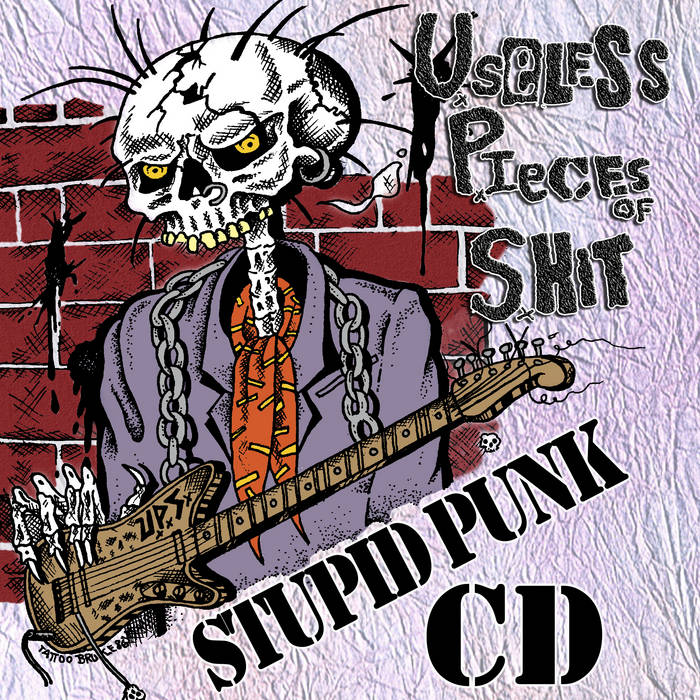 Originally this was a cassette tape that was sold as part of a package. It included a comic book, a sheet of stickers, and the tape. Useless Pieces of Shit sold these on the Stupid Punk Tour in the Summer of 1986. The Stupid Punk Package was a hot item that would sell out quickly at shows and U.P.S. had a hard time keeping them in stock. These recording had been lost for many years but were recently recovered thanks to a friend and fan who had the a copy. Now all of the songs have been digitally re-mastered and released on CD.