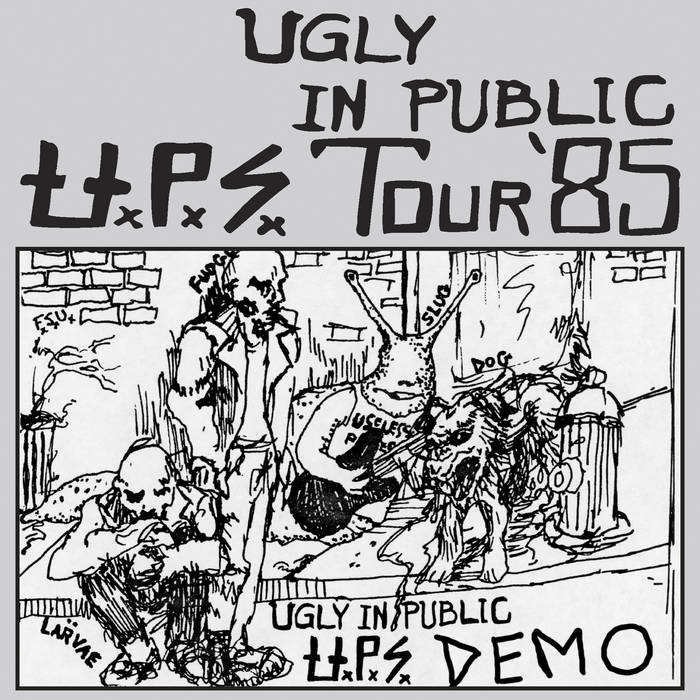 In the summer of 1985 U.P.S. went on a U.S. Tour which covered the East Coast, Midwest, and Southeast United States: “the Ugly In Public Tour”. In the spring of ’85 the band went into the the studio at Tape Techtronic Studios in Tucson, to record a 5 song demo. The demo was included in a promo packet sent to booking agents for getting shows for the tour. These are those 5 songs. Special bonus tracks are added of a live show, U.P.S.’s 2nd gig, with Larvae on vocals and the first with Paul on lead guitar.